How To Use Lottie Animations in High-Fidelity Prototypes

In the beginning, there was an idea. The idea became a design. The design became a prototype. The prototype became a workable app in the hands of the customer.

From ideation to end-product, prototyping is essential.

This is why LottieFiles goes so well with ProtoPie—a winning combo as tasty as peanut butter and jam.

LottieFiles provides the animation. ProtoPie gives you the power to use that animation in a workable high-fidelity prototype.

What is high-fidelity prototyping?

A prototype is essentially a model of a proposed product. During the product design process, prototypes enable design teams to experiment with ideas, experience the look and feel of the proposed product, and go back to the design stage to make any necessary changes.

This is where high-fidelity prototyping comes into play.

A low-fidelity prototype merely shows you what the proposed product will look like. A hi-fi prototype shows you how it works and feels.

This is important for several critical reasons.

Business moves fast these days. Design teams are under increased pressure to impress stakeholders and move products to market with greater efficiency.

There are two types of high-fidelity prototyping: coded prototypes and code-free prototypes. The former costs time and money, while the latter affords rapid turnaround times at an affordable level.

How LottieFiles can make your designs come alive

And in our goldfish world of increasingly lower attention spans, getting your audience’s attention can make or break a business.

Study after study has proven that animations increase site traffic, user engagement and conversions. In short, it turns a stream of revenue into a flood.

The world’s largest library of animations, LottieFiles can be integrated with anything from ProtoPie to Google Slides.

You can use Lottie on iOS, Android and the web. And though the animations are high quality, the file sizes are famously small. Moreover, it’s resolution-independent and enables top-of-the-range quality on multiple platforms and resolutions.

Best of all, LottieFiles allows you to customize these animations – even if you don’t know anything about motion design.

So now you’ve got your animation. You’ve edited it. The question is, what do you do with it now?

ProtoPie: the way to use Lottie animations in high-fidelity prototyping

Turbocharge those Lottie animations with ProtoPie, a rapid high-fidelity prototyping tool that lets you unleash your creative powers.

Let’s say you’re designing an app. You need a high-quality animation and so you download your animation from Lottie. What do you do? You turn to ProtoPie.

ProtoPie seamlessly integrates with LottieFiles. And by using LottieFiles, ProtoPie users can create animations that stand out from the crowd.

Now it’s up to you. Let the magic happen and breathe new life into your ideas.

Be warned: ProtoPie isn’t for the masses. It’s a rapid high-fidelity prototyping tool used by designers to create complex and realistic prototypes that look and feel like the real thing.

That’s why some of the biggest companies in the world use ProtoPie—from Google and Microsoft to Samsung and Nintendo.

What are the benefits of using ProtoPie?

Here are a couple of reasons to consider ProtoPie for your next design project.

Better still, using ProtoPie is an easy and intuitive process. Even a beginner can create new interactions from nothing—high-fidelity prototypes that look and feel like the real thing. Test prototypes anywhere and on any device—from computer to phone to your gaming console.

ProtoPie shines in showing complex and realistic interactions. Best of all, it’s ideal when you need to show advanced user journeys—using conditions and variables that can handle logic and dynamic inputs.Plus, it’s code-free. That’s why ProtoPie shines brighter than the rest—you can show complex and realistic interactions without code. To learn more about how to use Lottie animations in ProtoPie, check out this video.

This guest post was contributed by ProtoPie, a powerful high-fidelity prototyping tool for mobile, desktop, web, and IoT. 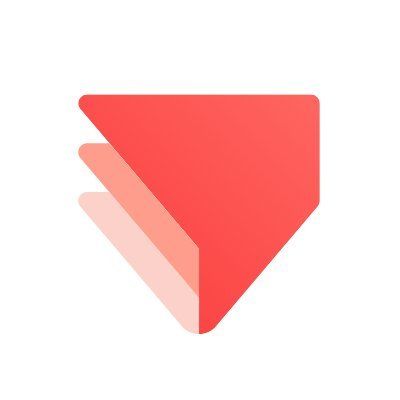 Motion Design and Marketing: Why it Matters, and How to Use It How to Upload Your Animations to LottieFiles How to Create Animated TikTok Videos with the LottieFiles Mobile App