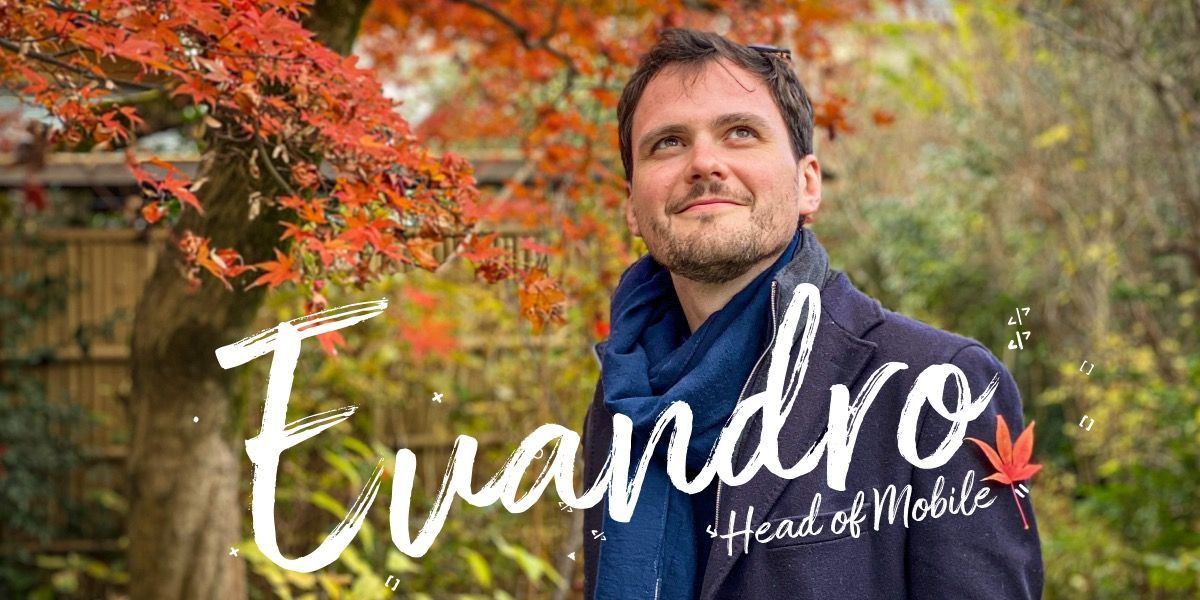 If you've read his blog articles, you'll know this LottieFiles team member gets his hands on all things mobile. From Brazil, it is certainly no easy feat to keep Evandro in one place as his hunger to learn and explore has taken him all around the world. This developer is bursting at the seams with enthusiasm and ideas here at LottieFiles, so it's time to get inside his head.

Tell us about your role at LottieFiles. How would you describe it?

Well, I'm the apps guy. I joined LottieFiles as the Head of Mobile where I’m responsible for delivering the best experience, yet bringing value to our users in all the native apps platforms, including desktop and mobile.

I wear many hats, as I’m a developer for Apple platforms, managing Android, writing articles and recording video tutorials, giving support to Mobile related issues, coordinating with other teams such as Design, API and marketing, planning and releasing new apps, features and fixes, and mainly being the funny guy that wears colorful shirts in the team meetings :).

With my experience in mobile development, I also bring insights and directions, and I spend a lot of my time experimenting on things that could be possible rather than what is possible. A few of those experiments come to life in the form of new features, and the rest serve as learnings to the team.

How did you choose the mobile development career?

My father has always been a tech enthusiast, buying new tech products as soon as they were available, and I definitely got being curious about what's new out there from him. The very first computer we got was a Pentium 486, back in December 95. Then it was always me and my brother fighting about whose turn it was to play games on it. Our passion grew over time and we were always "breaking", disassembling, and reassembling the computer over and over again, so it was pretty natural that I’d go on to study in Computer Science in 2003.

University was like opening a whole new world for me, I got addicted to algorithms and what I could do with them, I remember wanting to automate everything around me.

At that time, developing mobile applications was not really a thing and most of my options were either building niche desktop/web apps or working for industries; I ended up working with Windows Server support for 3 years after graduating. That was never my field of interest and because of that, I quit my job and instead went to travel the world for 5 months.

It was in January 2011, when I was going back home from China, in a call with my brother we decided to venture into game development for Android and iOS phones, and that's when I bought my first Android smartphone.

Because of my knowledge in Java, I started my first game for Android first, searching on the web for tutorials to do small things as I needed them. That was all until I decided to experiment with iOS which then was totally new for me. Objective-C wasn't the friendliest of the programming languages and I have to confess that it took me a week just to accept it 😂.

After a few months of working on my game and learning my way through tutorials, I finally published it and got about USD $10 in profit, haha! That made me realize that developing games is not that simple as there are so many more things needed in order to make it successful: story, graphics, sounds, level systems, and so on.

It was then, at the end of 2011 that I built in a week my very first mobile app for Android and iOS. It was a simple BMI calculator, which was on sale for over 3 years with a profit of about USD $200 a month. That generated an opportunity to start working with mobile apps.

I remember this interview about building an iPad app for an event that had to be ready in 2 months. The app was a cosmetic book with a feature that allows users to take their pictures and apply makeup products as a preview. To be honest, I had no idea how to build it, but I took on the challenge and made it happen. And as a plus, I learned a thing or two about makeup 😊.

After that, I started taking freelance projects, learning something new with every single one of them. It gave me so much freedom that I started traveling the world while working remotely as a mobile developer. For a couple of years I also taught iOS development in a graduation course in Brazil, and I used to spend part of my classes talking about what options my students could explore with mobile.

So going back to the question, I don't think it was ever a choice, but rather becoming a mobile developer was something that happened to me, and I love it!

What is your motivation?

There are many things that define me, but I'd say my addiction to adventure is my main drive. I love to go for spontaneous trips with only a destination and nothing else planned. I love learning and exploring new things. The quest for the unknown makes me never stop trying and starting over whenever I have to.

Some of the things I value the most are my family, friends, freedom, and being able to use my knowledge and experience to impact the world in a positive way.

What tips would you give to those wishing to start on the Mobile development career?

Probably the most important tip I can give anyone is to never give up. We all have the power to do whatever we want with our lives. So make the most of it! When it comes to being a developer, forget about titles based on your career level (Jr, Mid, Sr, Lead...), these are just classifications the market uses to align salaries, but they should never be used to limit anyone. The thing is, you might take longer, you might not do it in the best way possible, but you definitely can do it! As long as Google and StackOverflow are available, there are no limits to what we can do. And you'll realize the developer's time is actually spent searching and copy/pasting solutions rather than coding from scratch 😂. Once you accept it, you can do anything.

When it comes to career choices, the best thing is to know what is important for you and what's not. If you value freedom and don't really care about security, maybe freelancing is a good option, or if you want security, maybe you should search for an office job. Fortunately, things are evolving and it's a lot easier to find great matches for both security and freedom together.

The fields I am most passionate about are Education, Travel, and Technology. Before joining LottieFiles, I was a Mobile lead in 2 different companies: an online education company and an airline; it was from these places I got the experience I was looking for, and as a bonus, made a lot of friends until naturally, it was time for me to move on to something new.

I've been following LottieFiles from the beginning, and I was always amazed at everything they were doing and what direction they were taking. I knew that it was definitely a place I'd love to work at.

Every day more, I see myself in the right place. The team has an amazing working culture where they value everyone's feelings and opinions. We usually start our day by saying good morning in our company chat with over 25 people already. With all this positive energy, everyone is eager to do their best, so besides the good mornings, we see everyone excited sharing great achievements they had, and we celebrate as a team. What's not to love? 😃 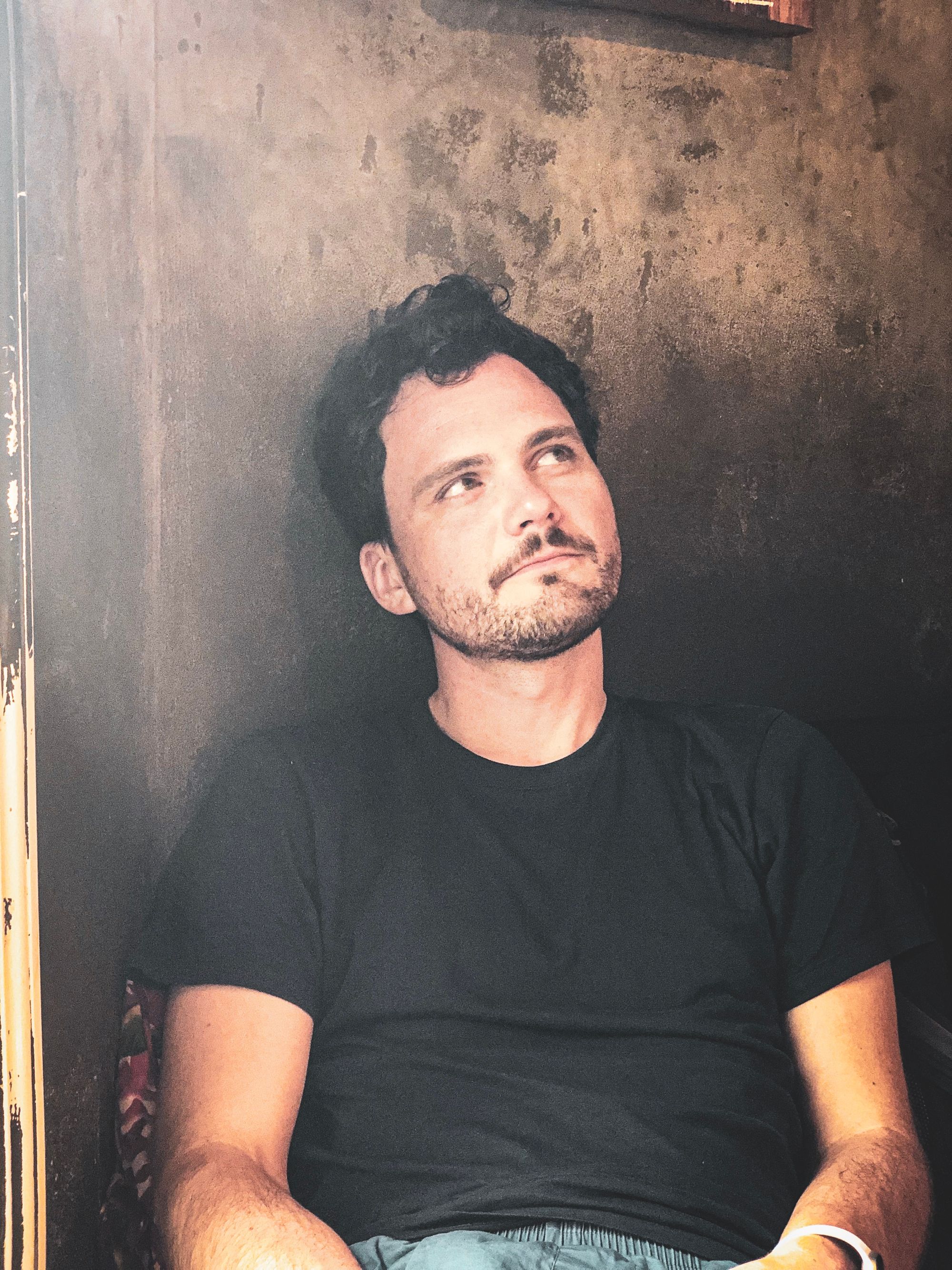 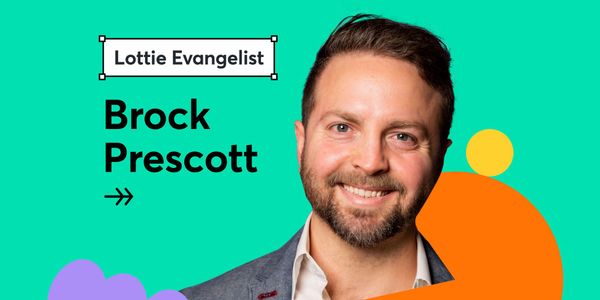