Paul Idrobo is a motion designer as well as the co-founder and CEO of Makata Studio, a crew of senior motion and 3D designers who support amazing startups build innovative and original apps.

How did Makata Studio come into the world?

Makata Studio is the design agency I founded with my wife. The story begins with me working as a freelancer based in Paris. I got the chance to work with a few startups such as Zenly and Sensorit, and that led to having an avalanche of work, mostly motion design and 3D modelling. As the months went by, we kept being referred to new clients who really liked our style! The amount of work increased so much that we had to hire new people, and that’s how the team was created.

Today, we currently focus on finding startups (mainly in their early stages) that have 3D and motion content production needs. Since many of them are just starting, and recruiters charge a lot, they can take a long time to find good designers. So that’s where we come in!

What is the vision behind Makata Studio?

The vision and main purpose of Makata Studio is to respond to startup design needs through fast production and high quality processes. We are always looking forward to working with startups in their early stages because they are very open to collaboration and need to create many assets at a fast pace. We love to chat with them, understand their goals and offer them ideas. It usually works great since we love big challenges and making memorable designs.

Lottie animations by Makata Studio for the app Jour

For the upcoming year we would love to make a splash with Silicon Valley and LA startups. Getting recognized by the big guys would be a great achievement for a small team from Colombia!

From where do you get the inspiration that drives your creations?

We are highly inspired by design agencies like Cub Studio, Buck and The Furrow. They are gods! They always succeed in bringing memorable characters, stories and techniques to each of their projects and we try to emulate their attention to detail as much as we can.

Our animation secret? That would be that we make some of our animations directly in 3D on Blender. Why do we do this? Because this allows us to rig the 3D objects and make quick and natural deformations. That way we don’t have to deal with moving individual vertex points or anchor points in After Effects.

We believe we are trying to break down the barrier between 2D and 3D icon animations. After doing our thing on Blender we export the animation as an image sequence. Then, we import it on After Effects and make use of the magical auto trace feature. This creates a vector animation fairly true to the original animation. Our final goal is to remove unwanted behaviours and reduce the number of keyframes as much as we can, since each keyframe deleted reduces the KB size of the final Lottie.

We have succeeded in making a good number of UI animations which nicely simulate 3D behaviour. Clients love them!

Quick tip: Keep a really, really close eye on the final size of your Lottie!

How has LottieFiles changed how you do things?

LottieFiles has changed our workflow in incredible ways, which has allowed us to stand out from the others design agencies and freelance designers. Back in the day, working on UI animations was a real pain. We had to animate in After Effects, import it into Photoshop, render it as a GIF, be aware of the final file size, make sure the colors didn't change, check out any suspicious borders… and on top of that, the final quality of the animations was always unpredictable! LottieFiles streamlined the process, reduced our delivery speed and rendered exactly what we animated.

LottieFiles is the solution to creating efficient collaboration between designers and engineers. Need to change your dimensions? Easy! With LottieFiles what you see and animate on After Effects is literally what you’ll have on your apps for iOS and Android. LottieFiles is even more flexible when we create animations for websites, as we can implement many After Effects plugins without worries, like RubberHose for example.

It has also been surprising to see how many new clients we have reached thanks to LottieFiles! 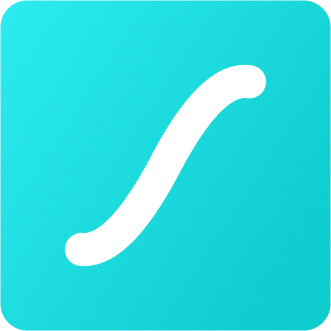