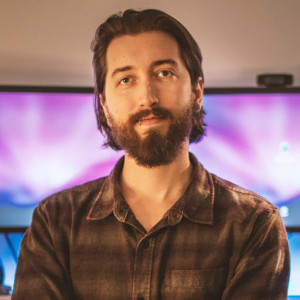 Up until now I’ve shared some loaders, icons, characters, etc but this time around I wanted to create something more illustrative. So here’s a bearded guy in his sleeping bag being abducted by aliens!

My goal with this was to create a web-only animation that felt fairly detailed without sacrificing file size. I explored using the Gaussian blur effect with Lottie to add glows and shading, which in moderation worked great, but quickly became a performance killer. Instead, I decided to stick with gradients and masks. In the end, this scene landed at 173kb, which is not too shabby!

This license allows reusers to distribute, remix, adapt, and build upon the material in any medium or format, so long as attribution is given to the creator. The license allows for commercial use.